Two people have been arrested in connection with a Monday night homicide in Little Rock, police said early Tuesday.

Michael Brown, 47, and Shannon Fells, 46, have been arrested on charges of first-degree murder, police said.

Police responding to a call of a person with a firearm at 5:33 p.m. Monday found the male victim, who had been shot, near the intersection of 33rd Street and Martin Luther King Jr. Drive.

The Garland County sheriff’s office is investigating after a woman’s body was found Tuesday morning in Lake Hamilton at the Hamilton Point Condos, 5000 Central Ave., according to a news release.

At around 7 a.m., patrol deputies were notified that condominium residents had found a body in the lake, sheriff’s Sgt. John Schroeder said in the release.

Patrol deputies and the Criminal Investigation Division located an unidentified white female floating in the water. The Garland County coroner’s office responded to the scene and an investigation into the cause of death is ongoing, Schroeder said. The Lake Hamilton Fire Department and LifeNet personnel also responded.

The Arkansas State Police on Tuesday were investigating a Monday night shooting on Interstate 40 near West Memphis that left a man dead, according to a news release.

Yasmon Lewis, 21, of West Memphis, was shot by a passing motorist near the I-40 280 mile marker, likely while he was driving home from Memphis, police said. Troopers got the report shortly before 10:30 p.m. Monday.

Lewis was taken to a Memphis hospital where he died of his injuries.

Troopers blocked the westbound lanes of I-40 until late Monday while they gathered evidence in the shooting, but no suspect has yet been identified, the release states.

Two people have been arrested in connection with a Monday night homicide in Little Rock, police said early Tuesday.

Michael Brown, 47, and Shannon Fells, 46, have been charged with first-degree murder, according to authorities.

The victim, whose name has not yet been released, was found at 33rd Street and Martin Luther King Boulevard, officers said.

Little Rock police responded to two homicides Monday, according to the department.

Officers responded to a “subject down” call just before 6:45 a.m. Monday at 4710 Sam Peck Road, according to police. 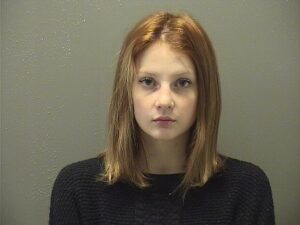 HOT SPRINGS — A child care worker at a local day care center was arrested Friday morning on a felony warrant stemming from allegations she picked up a 1-year-old and threw him back down in a crib during an incident last month.

Ivony Tristen Newingham, 19, who lists a Timber Rabbit Ridge address, turned herself in at the Hot Springs Police Department shortly after 9:30 a.m. on a warrant for first-degree endangering the welfare of a minor, punishable by up to six years in prison.

Newingham, who lists no prior criminal history, was released a short time later on a $2,500 bond and is set to appear on Dec.